Why Use Orange Drop Tone Capacitors

Actually, there’s a very good reason why Gibson chose Orange Drops, as well as other quality capacitors for the 2014 model year guitars…but it may not be the reason you think. We’ll explain why after we bust some myths.

Tone control capacitors roll off high frequencies. This is true, but it’s only half the story. When rolling a tone control all the way back, the capacitor forms a resonant circuit with the pickup that provides a midrange boost (Fig. 2). The volume control, cable, and amp can damp this peak somewhat; but feeding a high-impedance input (onboard preamp, buffer board, an audio interface’s high-impedance “guitar” input, etc.) retains this peak. 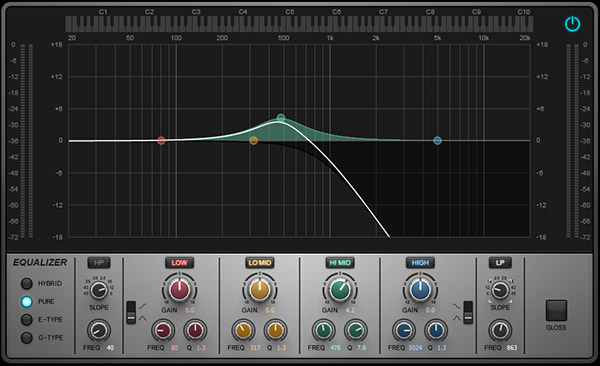 Fig. 2: To emulate the effect of a tone control with an equalizer such as Sonar’s QuadCurve EQ, it’s necessary to add a resonant peak—not just remove highs

Different capacitors types don’t affect tone because they’re not in the signal path to the output. This assumes that tone control caps only roll off high frequencies, but we’ve already shown that’s wrong. The resonant peak created by the capacitor definitely affects tone, and if the capacitor value is inconsistent, that peak can have a different frequency.

Replacing a high-quality modern capacitor with a “vintage” capacitor can have a profound effect on tone. This may very well be true—but only because the values are likely slightly different, thereby creating a different resonant frequency when paired with your pickup.

People like Orange Drop capacitors because of the placebo effect. Actually, there’s a technical reason for choosing Orange Drop capacitors. Sprague was a leading name in capacitors, and in the mid-20th century produced capacitors for industry, the military, and aerospace. The Orange Drop capacitor line introduced in the 60s heralded the capacitors of the modern era—with stability, resistance to temperature variation, low moisture absorption, excellent characteristics in AC circuits, no microphonics, and other desirable attributes. (The technology can also handle high voltages, making them well-suited to tube amps.) Cornell Dubilier (CDE), another high-quality capacitor manufacturer, acquired the Orange Drop line from Sprague in late 2012.